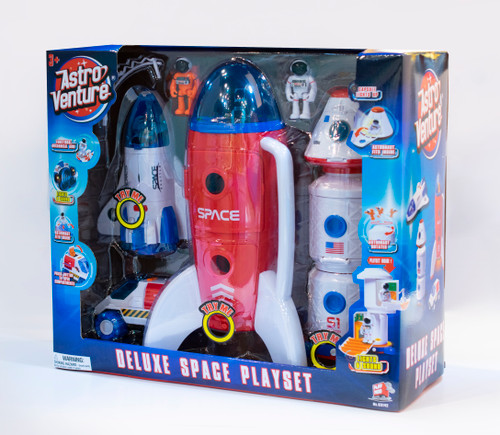 The Astro Venture Space Station is an astronaut’s home base away from home, and includes everything needed for a successful extraterrestrial mission. The two control rooms hold two astronaut action figures and mission critical gear, including a space hover vehicle, backpack and tether cable. Cruise the surface of alien planets in comfort and style with the Astro Venture Space Rover! This four wheeled machine comes with a variety of sensors and communications equipment to explore unknown worlds. With the push of a button, the sensor arrays and solar panels deploy from their protective housing, and can be pulled back in when it’s time to pack up and move on to a new alien landscape.